If you have a flex fuel vehicle, or if you’re looking to purchase one, you’ll be pleased to know that the technology isn’t exactly complicated to use or expensive to own. Here’s the rundown on how flex fuel vehicles work and what responsibility you have as an owner of one. 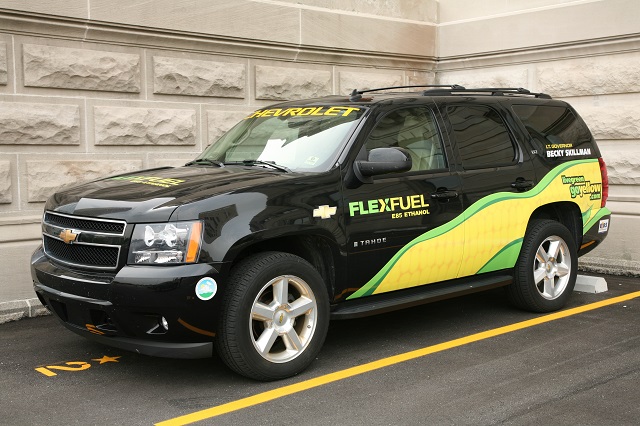 What Does Flex Fuel Mean?

E85 isn't a common fuel option - you won't find it at every gas station - but it's available in most large metro areas and particularly common in the midwestern USA (anywhere corn is grown, as corn is the primary source of ethanol).

If you have a flex fuel vehicle, it means that your engine can function on standard gasoline OR E85 without suffering any sort of damage. Unlike standard engines, E85 engines have a handful of upgrades:

Finally, a flex fuel engine is able to detect ethanol in the fuel system and adjust combustion accordingly. This means that you can mix E85 with regular gas however you like. Fill the tank with E85 today, then put regular gas in tomorrow and no problem. The engine will adjust.

The Pros and Cons of Owning a Flex Fuel Vehicle

Starting on the "pro" side of things:

Still, as you can see, the "cons" aren't to serious. You won't get the same gas mileage, you'll need to change your oil a little more frequently, and that's about it.

How Do I Know If I Have a Flex Fuel Vehicle, and Where Can I Get E85? 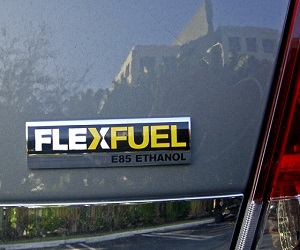 If you’re not sure if you have a flex fuel vehicle, the most obvious sign (besides the badging) is if your vehicle has a yellow gas tank cap. You can also check your vehicle’s owner’s manual for an explanation about the engine and types of fuel it accepts.

If you're looking for a place to buy E85, there are plenty of E85 maps out there, and your local GM dealer probably knows exactly where to find E85 in your area.

Last but not least, many drivers own a flex fuel vehicle and don't know it. According to the Nebraska Corn Board, 60% of the state’s residents had no idea they were driving a flex fuel vehicle (FFV). That stands as a testament to how easy flex fuel equipped vehicles are to own and maintain.