The Hummer is an iconic vehicle that you either love or hate. We couldn’t figure out if love or hate was the motivator behind these crazy builds, but here are five of the craziest Hummers out there. 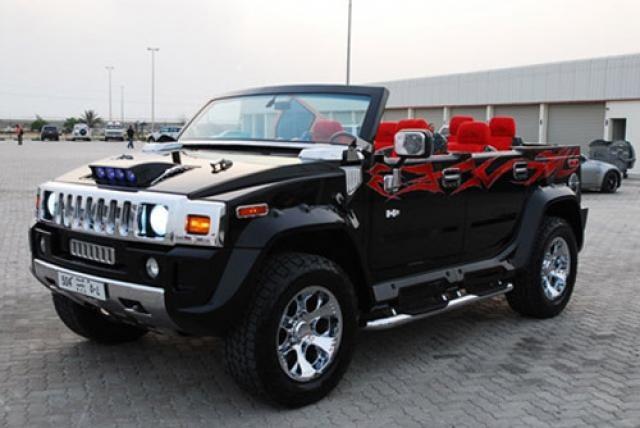 Want a convertible H2? Here’s your inspiration. Someone with some money decided to put it into converting this into a drop top. And what would a convertible be without a flashy interior, which is why this Hummer rocks stark red seats — and there’s 7 of them. There’s obviously a few more things going on with it, including a crazy hood scoop and red tribal motif down the side.

It’s hard to even nail down what’s happening with this Hummer H2 found on StreetFire.net. It’s called a “Black Knight” Hummer, but maybe it should actually be hidden in the black of night instead. It's full of weapons (hopefully fake ones for everyone’s sake), lambo doors, and all kinds of other crazy mods. 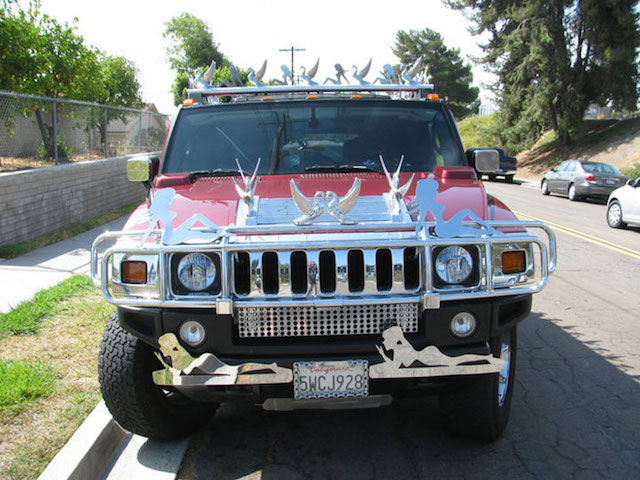 If ornaments are your thing, this is your dream Hummer! It's complete with every ornament you could possibly find in the accessories aisle of any local auto parts store. Mud flap girls and swans seem to dominate the theme, at least they’re removable (hopefully)… 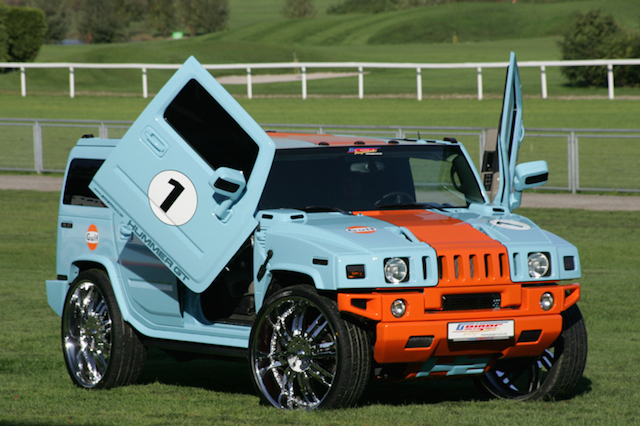 Describing this Hummer to someone who hasn’t seen it would be a task. The pastel orange and blue paint job to mimic Gulf race cars is something else, but the lambo doors really do it for this project. Top it off with massive wheels and rubber band tires, and this Hummer seems to be going through a weird identity crisis. 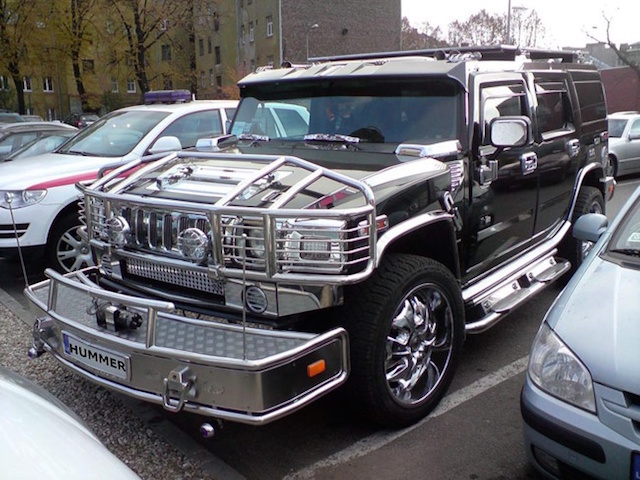 This Hummer owner took bumper guards, grille guards, just front end anything guard to a crazy new level. It starts with what looks like a platform to stand on (for some unknown reason) attached to the bumper, extreme recovery hooks, and a pretty tiny winch for the allotted space, and it just keeps going from there. The side rails are pretty…”loud”…and chrome just keeps popping up everywhere chrome can possibly be.

If you feel inspired by some of these modified Hummers, bravo, you are truly one of a kind!